Miltos Kourmpoglou was born in 1961 in Athens and studied Mechanical Engineering at the Aristotle University of Thessaloniki.

He is passionately devoted to his two favorite activities, Photography and Travelling throughout Greece. His vision is to capture with his lens and propagate through his books the uniqueness of his homeland.

His first photography book "The Coffee Routes – A Photographic Journey into the Traditional Greek Coffee Shops" was published in 2013 and received considerable acclaim.

He lives in Glyfada, Attica, with his wife and their three children, who are zealous supporters and companions in his photographic adventures. 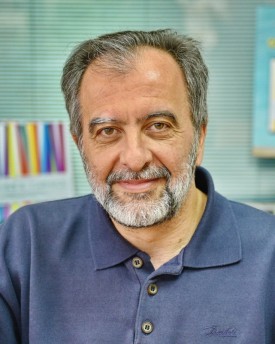